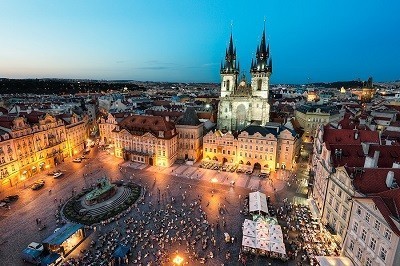 Czech Republic is an increasingly popular destination for international students. Study in Czech Republic means studying in the heart of high quality Education and research, especially in Engineering, medicine and sciences. These long traditions of quality education encourages the students towards Czech Republic visa and it is also famous for its Castles, Spas, pristine countryside that continues to emerge its medieval Charm.

Czech Republic is a nation located in central Europe which is also known as Czechia. It borders with Germany to the west, Austria to the south, Slovakia to the east and Poland to the northeast. Czech covers an area of 78,866 square kilometers and has 10.5 million inhabitants and the capital and the largest city is Prague with a population 1.2 million residents. Czech Republic posses a developed high income economy with per capita very high. The country is a member of the Schengen area since May 2014 having abolished the border controls. So before applying for the Czech Republic Schengen Visa you need to know about some basic details.

Religion: Czech is a secular country where freedom of religion is a constitutional right.

Geography: Czech Republic has been divided into 14 regions the most popular regions are Prague and central bohemian regions and Moravia region.

Why study in the Czech Republic?

Higher education in the Czech Republic enjoys a worldwide reputation for its high quality. This quality is safeguarded by a national system of regulation and quality assurance. The emphasis on education is understandable because it has always played a key role in the life of the Czech people. It was in Prague, in the year 1348, where the first university in Central Europe was founded (by the then Czech King Charles IV). Training and research were crucial for a new development of the nation in its modern history. The Czech Republic, a small country in the heart of Europe, is very much aware that international co-operation in science and innovation is a precondition of a long-term success in the globalized world.

Czech Republic is a place of cultural crossroads. Study in European nation is a excellent plan for college students who wish to develop an open mind and strengthen ability to work along with others of various backgrounds. Thus, it could also serve as a hub for further adaptation into the modern educational environment at both European and global levels. This country offers the highest living standards with the reasonable living cost. The Czech study system is also compatible with the ECTS (European credit transfer system)

As a student, you will surely appreciate its low costs of living it costs you only 400 approximately Euros per month, which is a very small amount as compared to that of France, Belgium and Germany.

Prague is close to all the big and beautiful destinations in the world:-

There are about 42,000 international students, who are studying at higher education institutions in the Czech Republic and their interest is growing as the offer of study programs in foreign language is increasing. Czech universities are more and more concerned in a wide selection of international cooperation activities and programs taking place within the Europe and alternative countries.

How much can I work during the study?

If you are an Indian citizen, you are allowed to work 20 hours a week while studying, but please bear in mind that you are on a Czech Republic student visa for study purposes, therefore paid work cannot be your primary occupation during your stay. Your work should not affect your studies.

What is a blue card?

The work permit issued by 25 out of 28 European Member States is known as a European blue card. This card is issued for the highly-qualified non European citizens. Introduced in 2007 by the EU Commission, the Proposal became formally noted and enforced in 2009 because the EU Blue Card Directive with intentions to extend the economic development by making Europe a fascinating destination for qualified employees to follow skilled information and skills as well as permitting the free movement within the European Union for non-European Citizens.

Bachelor’s degree program: The program duration remains 3 to 4 years duration depending upon the field of the study.

Find out the right university, college and study program for yourself.

Schools high school degree
ILETS if available
Work experience, if any
After getting invitation from university, documents required for visa process:

The embassy appointment seems a complicated step in the visa process to Study in Czech Republic. But, it is not as complicated as it seems. Follow the link in order to book the appointment for your student visa.