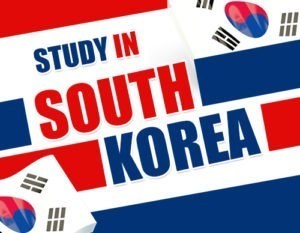 South Korea is one of Asia’s most upcoming higher education destinations. The country is already well on the radar of many international students as it offers a high quality of life, reputable universities and a large number of English taught programs. South Korea has much to offer international students, and capital city Seoul is currently ranked among the world’s top 10 student cities. Every year, More than 2 lakhs students are going to study in South Korea. There are 359 educational institutions out of which 43 are national universities and 180 are private universities.

The rigorous education system in Korea has certainly led the ‘work hard, play hard’ culture in the universities. Students in Korea are devoted to their studies, but this is not at the expense of their social life. After splitting into North Korea from a different governed country in 1948, South Korea has become quite different from its neighbors, which is evolving into an internationally recognized Asian powerhouse in the field of technology, education and tourism.

Religion: South Korea is a secular country where freedom of religion is a constitutional right.
The Korean education system is like no other. With most of the Korean youth growing up attending additional after school institutions, it is no surprise that Korean universities are among the best in Asia. The quality of education and the dedication to achieving highly is exceptional. Attending a Korean university will inspire you to work hard and compete with students at the top of their game. If you think the country’s approach to education is unsatisfactory and there is a desire to challenge, then Korea is your place.

Why study in South Korea:

South Korea offers the numerous opportunities for their international students, where some major benefits are as follows:
• As an exchange student, you will meet people from all around the world.
• It is one of the world’s leading financial centers.
• Korea is extraordinary for its mix of traditional and modern styles.
• The information and communication technology of Korea is considered as one of the best in the world.
• Korean students are incredibly welcoming.
• Most universities in South Korea offer language lessons along with English language studies.
• South Korea is Asia’s fourth-largest economy.
• South Korea is providing best Scholarships in the world.
• Studying in South Korea will open up a wide range of employment opportunities.
• The cost of living in South Korea is affordable.
• There are a lot of universities with a wide range of courses.